The National Park of Cilento, instituted in 1991, is the second largest park in Italy (around 180.000 hectares) and it extends from Pæstum up to Sapri and, on the inside, up to Vallo di Diano, on the border with Basilicata.

Since ancient times populations coming from the South reached Cilento. They left their mark in architecture, culture, traditions and customs. 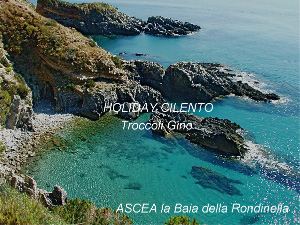 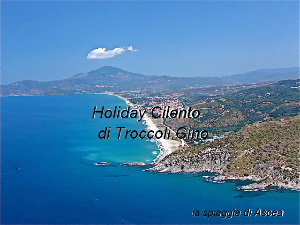 In the early 1950’s Velia-Ascea was a little fishing village characterized by a wide sandy tract; today it is a famous seaside resort.

It is situated in the heart of the National Park of Cilento and it represents a strategic landmark for all those who would like to visit all the main tourist, cultural and natural sites in Cilento.

In addition to the multiform beauty of the scenaries, Ascea includes the imposing and suggestive archaeological area of Elea-Velia, preserved under Unesco status as World Heritage. Elea-Velia is a fulcrum point and the wide territory designed by the ancient Greeks gravitates around it. Founded by the Focei in 540 b.C., Velia became famous thanks to the Eleatic School, a philosophical school founded by Parmenides. The barycentric position and the quality of the facilities and services make Ascea one of the most famous tourist resorts on the Cilento Coast.

Velia-Ascea is ideal for families with children because seabeds are not very deep and the sea presents an incomparable bright blue colour. The length of the beach (7 km) and the low presence of bathing establishments allow to find a place under the beach umbrella easily. 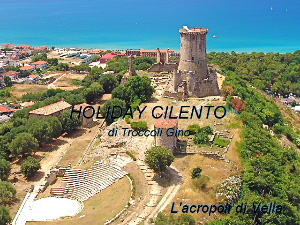 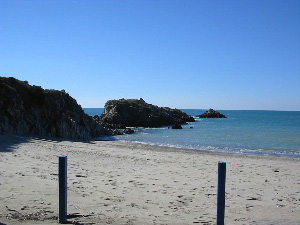 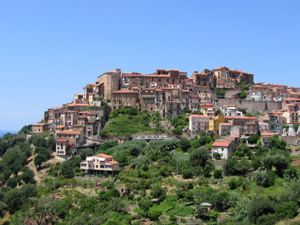 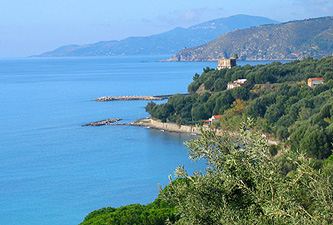 Little village on the coast, Pisciotta rises close to olive trees, on a rock spur between the sea and the hills at the back. From Marina’s seaport Pisciotta’s fishermen used to raise the anchor with typical boats called “gozzi” (menaide) and follow the shoal of anchovies that they deceived with the “menaica”, a fine-knit net used to bleed the anchovies, then bottled with salt in the warehouses behind the seaport. Still today fishermen practise this kind of fishing.
What to see in Pisciotta: the ancient mediaeval village. 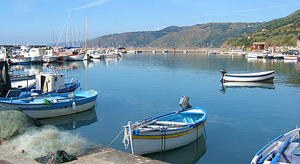 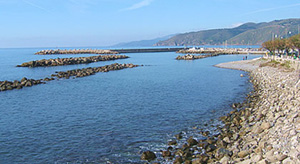 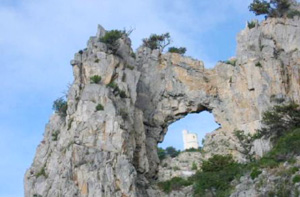 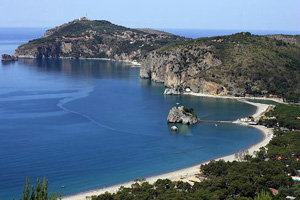 Marina di Camerota is situated between two little promontories surmounted by towers built in the first half of the XVIth century along a stretch of coast rich in olive trees. The projections and the indentations of the seashore, rich in vegetation, caves and little beaches, make Marina di Camerota an attractive and suggestive place. The caves (Cala Sepolcrale, Serratura, Noglio) represent one of the most important paleontologic deposits in the South of Italy. In Lenticelle Cave it is possible to admire the boat “Il leone di Caprera” that now is undergoing renovations. Marina di Camerota, risen as fishing village, has an equipped tourist seaport and it represents a famous seaside resort between Capo Palinuro and Punta degli Infreschi, a suggestive stretch of coast characterized by clean sea and fine sand beaches. 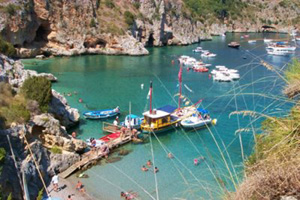 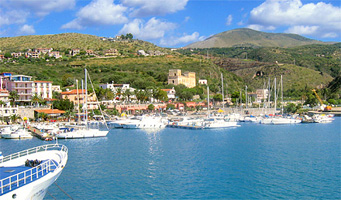 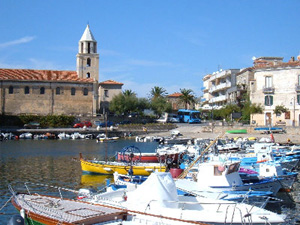 The name reminds Hemingway, the American poet and writer who spent part of his life with the local fishermen. Fishing and tourism make Acciaroli one of the most visited seaside resorts on the Cilento Coast, both by Italian and foreign tourists. Fishing is still practised and in the last years Acciaroli has received the Blue Flag award for the clean sea and the quality of the services. 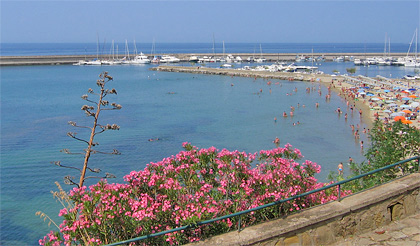 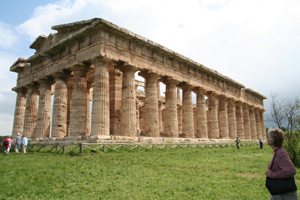 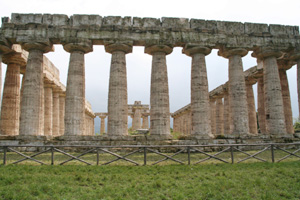 Campania’s ancient town situated south of Salerno, Paestum was one of the main towns of Magna Grecia. The whole archaeological area has been included by Unesco in the list of the sites of world interest and preserved as World Heritage. 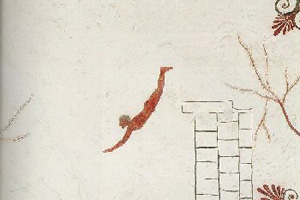 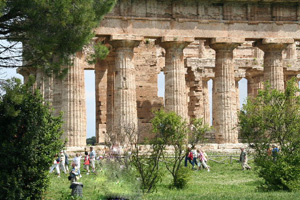 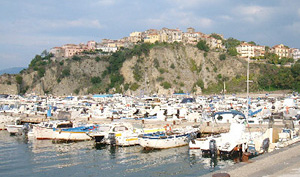 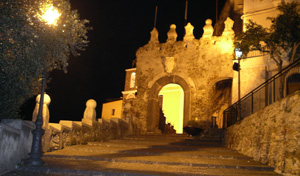 Agropoli, the biggest landing place in Cilento, is today an urban centre based around tourism, trade activities and social life during the summer time. The characteristic historic centre, with the wonderful front door, englobes the Angioin-Aragonian Castle. This building rises on a Byzantine triangular framework, on a sheer rock. In this natural scenary Capri and Punta della Campanella can be seen when the sky is clear.

In the typical little streets of the town tourists can enjoy events that remind the social life of the past. Agropoli’s churches are valuable. Near the seaport, in Via Pisacane, it is possible to admire the Antiquarium, that presents a collection of remains of the Prehistoric, Greek, Roman, Lucan and High Medieval periods. 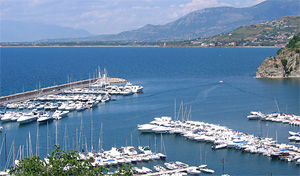 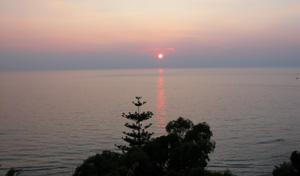 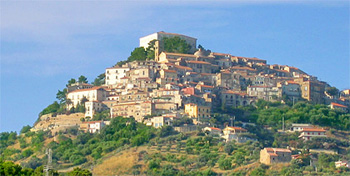 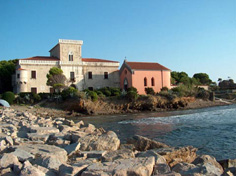 The mediaeval village rose close to an imposing castle, built in 1123 by Costabile Gentilcore, the fourth Abbot of Badia di Cava, to keep the population safe from the Saracenic invasions. The name Castellabate comes from “Castello dell’Abate”, name given to the fortress by the local population. Later the castle passed into the hands of the Svevians, the Aragonians and the Angioins who laicized the building in 1343. After the Saracenic invasions, the XIXth century represented a new era thanks to the resumption of the maritime trade. The two entrances to the village are two wonderful villas: Prince Belmonte Villa and Matarazzo Villa. Other examples of religious and residential architecture are the Papal Basilica, Laquinto Palace, Perrotti Palace and the private chapels of S. Biagio and S. Maria Pietà.

In the village of San Marco numerous remains of Roman Imperial period has been found. The most important natural resource is the sea with the enchanting beaches such as Pozzillo beach. There are numerous celebrations in honour of the Patron Saints. 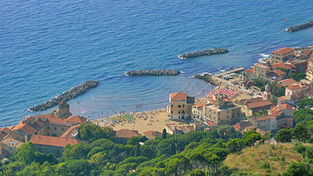 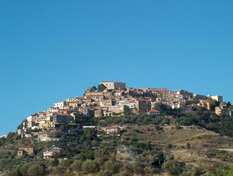